This is a real life story of a Floh couple. Their names have been changed to maintain their privacy. Learn more at www.floh.in. a network that connects singles in real life. 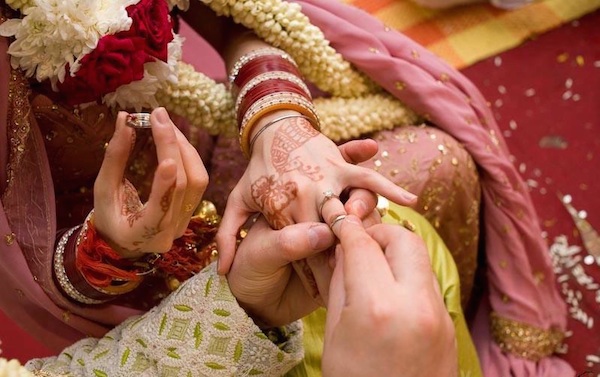 If you’re single, you’ve probably winced every time a well-meaning friend or family member tells you that you will fall in love when you least expect it. But, in the story of this Floh couple, it turned out to be spot on.

Raghav and Anuja, both Floh members, met for the first time at a Floh quiz event. They were in separate teams. Anuja was in the winning team, and Raghav’s team didn’t even place. But, Anuja noticed that Raghav was having a good time with his teammates even when they didn’t know any of the answers. He was simply in his element, enjoying the company of other Floh members, laughing and joking about the team’s lack of quizzing ability. And, Raghav noticed that Anuja was fiercely competitive and smart, and he wanted to get to know her better. The attraction was mutual, but subtle.

So, after the quiz, while they were sipping beers, they got to know each other quietly. They went on their first date a week later, and now, a year later, they’re engaged.

When they called to break the happy news, Anuja said that she had almost given up hope before she met Raghav, and unprompted, she mentioned those words that every single person dreads hearing ‘It happened when I least expected it to.’

There’s a ton of research behind this phenomenon as well, and a lot of it has been captured in an appropriately titled book called Flow (no pun intended!) by Mihály Csíkszentmihályi. To quote the Wikipedia definition: “Flow, also known as Zone, is the mental state of operation in which a person performing an activity is fully immersed in a feeling of energized focus, full involvement, and enjoyment in the process of the activity. In essence, flow is characterized by complete absorption in what one does.”

Time after time, we’ve observed that when Floh members are comfortable being themselves, they attract others into their lives. They’re not trying to impress, or to project a persona; they’re just really enjoying themselves very naturally.

The bottom line is: Surround yourself with hobbies and interests and people that fulfil your life, so that when you finally meet someone you weren’t expecting it because you were in a state of Flow!

And, luckily for Raghav and Anuja, both of them were in a state of Flow at that Floh event!