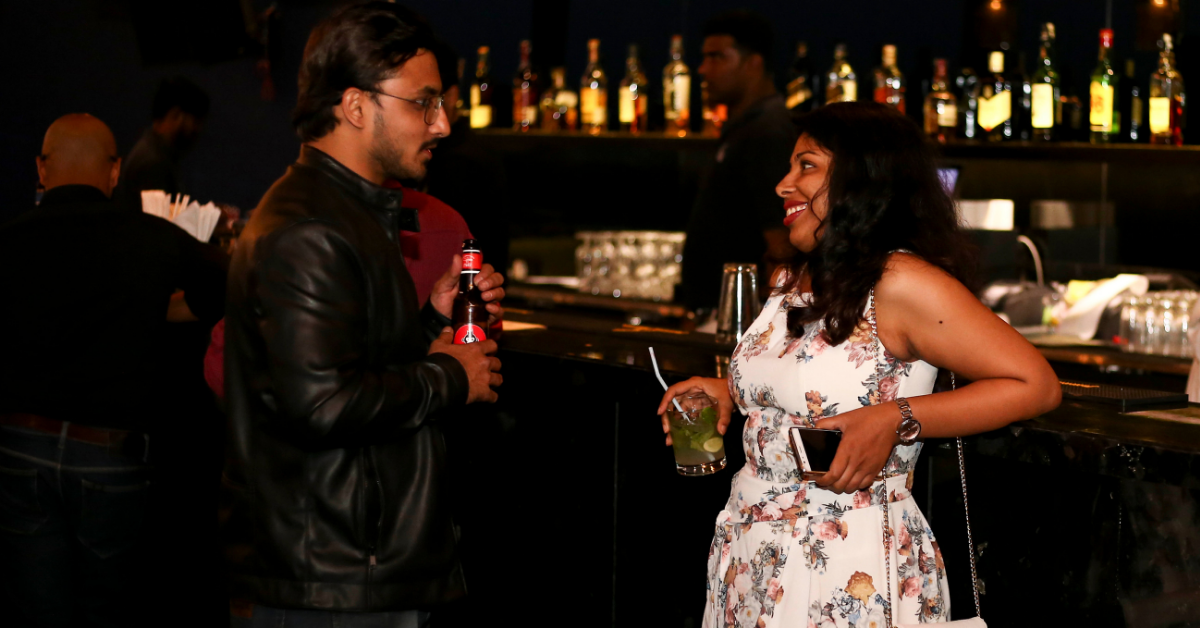 I fondly remember my last night in London , and how some people came together to make it the best. That night I didn’t buy myself a drink that night, I didn’t need to. At any given point through the night, I had two men buying me drinks.

A few weeks before that, I had been stranded at the Geneva airport. The airport was shut and there was no one there besides a British man who had missed his flight. Between the two of us we had 4 Swiss Francs (I wasn’t supposed to stay in Geneva), which he used to buy me water. Later, he wanted to buy me coffee as well, but the coffee never reached – long story.

Can I buy you a drink?

This backpacking trip through a bit of Europe and the UK has been my only one outside India. Unfortunately, it ruined me for life. Somewhere along the way, I developed this romantic, idealistic, otherworldly desire to be approached by men (or to approach them myself), to buy each other a drink and have a soul-smacking conversation, which may or may not lead to something like a date. Cut to back in India, for the last six years, being acutely aware of my idealistic desire to be approached by someone at a bar – and, it hasn’t happened even once.

Of course, I understand, considering Delhi’s cultural and psychopathological contexts, both men and women don’t feel safe approaching or being approached by someone. But that’s where Floh fit in perfectly for me – a set-up version of sorts of strangers meeting at a bar. I love the fact that on a given Sunday I can walk into a bar full of ‘screened’ strangers and share an activity with them, along with a drink or two and a few laughs.

A Refreshing Take on Dating

Being surrounded by conversations about ‘you really must find someone and settle down’, ‘we don’t understand why someone as amazing as you is still single’ and ‘you poor thing, you will find someone’ that can break the confidence and good humour of the most solid ones. Floh in this case has been an extremely welcome alternate.

Of course, this doesn’t mean that I only go to Floh events to meet strangers at the bar! I want to find a partner for life as much as the next person – it’s supposed to be the best thing there is, apparently. But in a world mired by a lot of negatives, as a single woman at 31, it’s nice to have one positive.

In a world where we are increasingly isolating ourselves (and subsequently moping about the loneliness); growing distant through our mobile phones and the ‘last seen’ indicator on WhatsApp; overthinking ‘He’s Just Not That Into You’ (I’m quite guilty of that myself at some point); nuclearizing our friends and family; in a Facebook-like world of ‘shallow friendships’ and disillusionment, it’s nice to come together in a snug little space once a month and meet some incredibly wonderful people going through the same struggles as you. Reminds me of a lovely quote from the movie ‘P.S. I Love You’:

“Thing to remember is if we’re all alone, then we’re all together in that.”

Here’s to all you wonderful people I’ve met through Floh – Salut!