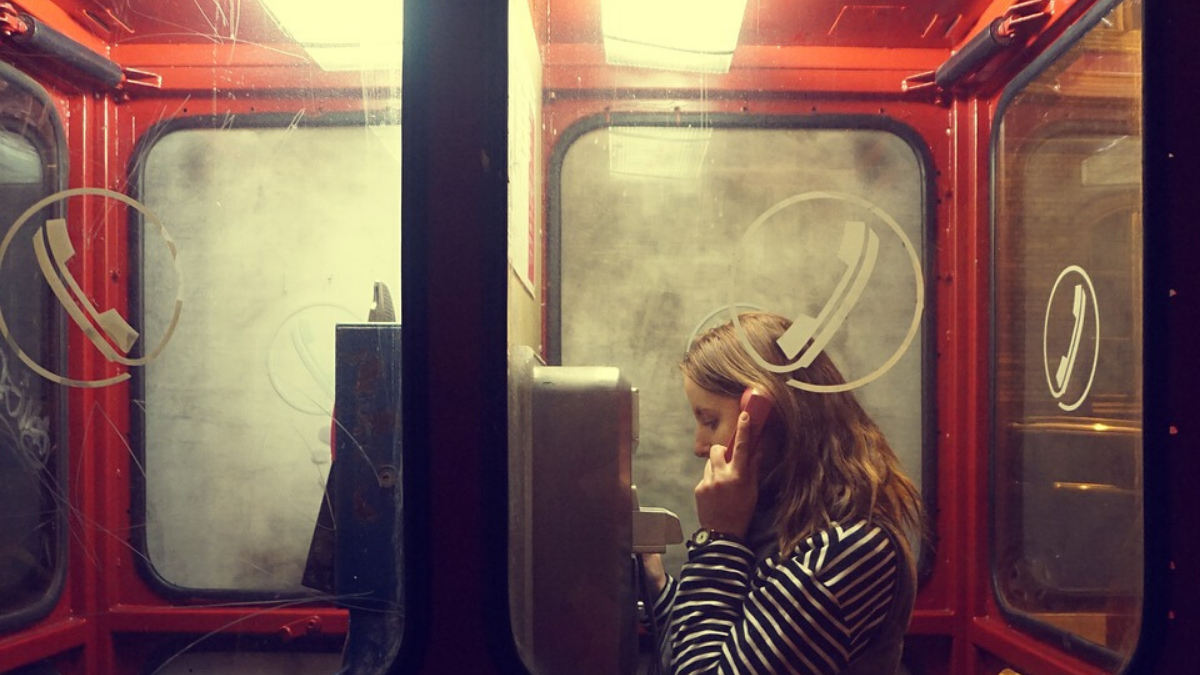 Have you ever “Ghosted” anyone? To tell the truth I have! I was 20 years old and in this what-seemed-at-that-time-intense relationship with a classmate. We started dating at the tail end of our hotel management course. Rounds of placement interviews later, we got placed in different organisations but in the same city.

It was very easy to disappear in the pre-social media days. I had told everyone at home to politely tell him I was not there and requested the same off my office colleagues. It took a month of dwindling calls for him to get the message.

To me, it seemed the best possible way to let him know that I was no longer interested in keeping this relationship going. And I continued to believe that till I got ghosted myself a year later.

How It Happened To Me

This person had been sending me anonymous love cards since I was 18, he had come from out of town to our Institute for a Chef Competition and apparently fell madly in love with me. 3 years later we ended up working in the same hotel and he finally confirmed my suspicion that he had been sending me those cards. He was very cute looking and I was extremely flattered that he had “loved” me for the last 3 years without even an exchange of more than five sentences of conversation. We went on two dates, I thought we were really connecting and then it started. I was at the receiving end of being ghosted. He was a ghosting master indeed, as I mentioned earlier, we worked in the same hotel but I was never able to catch him at work.

Many emotions were experienced from frustration, to anger, to feeling sorry for myself and of course heartbreak! Why was he behaving like this? If I really strip it down to the hard fact, it was because he had made a decision. He was not interested in me anymore.

Why Do We Ghost?

As I start to dig deeper, I can’t help but wonder why do we end up ghosting? Just to avoid confrontation? What stops us from being honest about our decision when it comes to dealing with the other person? Will the end result of that, be different from the end result now? And let’s not kid ourselves here – the end result is that for the person you ghosted you are an “AH”, you are mean, selfish, a coward and all the bad adjectives they can think of. Will the outcome be different if we told these people as soon as we decide that we are not interested in pursuing a future with this person anymore? Is it so difficult to say to someone “Hey, I don’t feel this is going anywhere and I don’t want to lead you on” ? Can we not think that a kinder, graceful approach will be to give closure to the individual at the earliest?

Here’s How To Make It Stop

It’s absolutely fine to not reciprocate romantic feelings and it will be a disaster to fake it. But is ghosting the answer? I took a stand to not ghost, it wasn’t easy to tell someone who really likes you romantically, that you don’t feel the same way.

Telling them did two things for me. One, when it was done I was certain that the chapter was closed and I don’t have to ignore calls, avoid places I might bump into this person or even try to hide at places where we happened to be together by chance. Two, the honest approach and ability to communicate my decision, won me some great friends for life. To give it a spiritual flavour, it also kept my karma clean :).

There are only benefits of honest communication in any personal relationship. The joy of leading an uncomplicated life when it comes to relationships is unparalleled and totally in your control. And I’ve given you the key to do it!

I would love to hear your thoughts on ghosting and the questions I posed above. The more we share the more we learn and know that we are in this together.