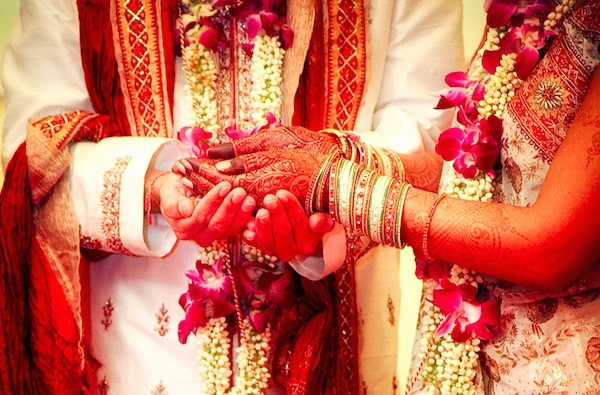 It all started with a little note and ended with the two of them exchanging wedding vows.

That’s how romantic Malvika and Dhruv’s love story is, and as is the case with most matters of the heart, things are really that simple.

Two people meet, there’s palatable chemistry, they also genuinely like each other, and so they decide to be together. From this moment on begins another wonderful story about two people, a story to be shared with family, friends, and anyone interested in a warm and fuzzy tale.

Whoever said actions speak louder than words probably hasn’t met Dhruv. Sometimes what you pen down for someone can change both your lives forever.

Being from the field of finance, he may be juggling numbers at work, but it was his beautifully crafted and grammatically correct message asking her out that caught her eye.

After meeting at a Floh event, Malvika saw that little message icon sitting in her mailbox, and it was Dhruv’s words that made her want to meet him exclusively for a steaming cup of coffee and some interesting conversation.

Yes, finding your soul-mate can sometimes seem that simple, but is it actually? At Floh it is. It was Dhruv’s second event, and Malvika’s first when the two met for the first time.

So let’s do a little dramatization here to figure out what would’ve probably happened at this event.

Picture this: Dhruv spotted Malvika. He noticed her charming smile in the midst of an animated discussion with someone, her eyes deep and dark. Malvika noticed Dhruv too – his happy demeanor, approachable and warm. They both went back to their respective homes thinking that it was an afternoon well spent, getting to know someone who was a complete stranger just moments ago.

From here to Dhruv messaging Malvika did not take much time. He knew he wanted to get to know her better. The two met in the month of August and met many times over. Malvika discovered Dhruv sings like a dream, and even has an adventurous streak about him. Dhruv loved the fact that Malvika is very laid back and is clear about how she wants to lead her life.

They announced their wedding in October and got married early the next year and are happily married since.

Oh, by the way, their discovery of one another is still on, and will be a process of a lifetime.